Wow. And this, my friends, is why Pink is my favorite Pop artist. The video was beautifully haunting and powerful, as is the song. Yet, it's mainstream enough to become a smash hit and thus spread its positive and inspiring message to the masses. Pink rarely disappoints me, and not only did she deliver with this video and song, she wowed me. Check out what P!nk had to say about the song's video and her intentions behind it:

I'm sure my newest video for "F**kin’ Perfect" will be much like some of my other videos, which basically means I expect it will ruffle some feathers.

My favorite books, art pieces, films, and music, always have something jarring about them. I want art to make me think. In order to do that, it may piss me off, or make me uncomfortable. That promotes awareness and change, or at least some discussion. That is my intention. You can't move mountains by whispering at them.

Cutting, and suicide, two very different symptoms of the same problem, are gaining on us. (the problem being; alienation and depression. the symptoms; cutting and suicide). I personally don't know a single person who doesn't know at least two of these victims personally. A lot of us have seen certain starlets showing off their latest scars on a red carpet somewhere, usually right before they head back to their favorite rehab.
Its a problem, and its something we should talk about.
We can choose to ignore the problem, and therefore ignore this video, but that won't make it go away.

I don't support or encourage suicide or cutting. I support the kids out there that feel so desperate/numb/powerless, that feel unseen and unheard, and can't see another way.. I want them to know I'm aware. I have been there. I see them. Sometimes that's all it takes.

Making this video was a very emotional experience for me, as was writing this song. I have a life inside of me, and I want her or him to know that I will accept him or her with open and loving and welcoming arms. And though I will prepare this little munchkin for a sometimes cruel world, I will also equip this kid to see all the beauty in it as well. There are good people in this world that are open-minded, and loving. There are those that accept us with all of our flaws. I do that with my fans/friends, and I will do that with my child, whoever they decide to be.

Well said, Pink. Well said. In a time where it's becoming a trend sing songs that motivate and inspire (Kesha, Lady Gaga, Katy Perry.. I see you!), Pink seems the most genuine. And maybe that's because she's been relaying this same message since 2000. Or maybe it's because ole girl really lives and breathes this. Either way, it's a message that will never get old to me. We can never be loved too much. We can never be inspired too much, motivated too much, told everything is going to be okay, too much; and when you're at the lowest of the lowest moments, nothing feels better, nothing is more needed, than that. Say hello to my favorite song and video of 2011.

As if having 87 police procedurals on the air weren't enough, the creators of Criminal Minds are launching a spinoff series, Criminal Minds: Suspect Behavior, which follows an entirely new profiling team and their work with the FBI in Quantico, Virginia. The series has been given a 13 episode pick-up and is scheduled to premiere on February 16th on CBS.

I don't know about this. I stopped watching the original Criminal Minds years ago (maybe I shouldn't have) and I have too many TV shows backed up my DVR to pay this any mind at the moment. But given the fact that I'm a sucker for anything suspenseful (sans the CSI series), I will tune in and check out the first few episodes.

The film was directed by Catherine Hardwicke (Twilight) and is scheduled to hit theaters on March 11th.

Though I'm a bit leery of the Twilight comparisons, I will be checking this film out once it is released. For some reason, the trailer reminds me of Tim Burton's Alice in Wonderland movie, which I have yet to see.

Not that I necessarily agree with this, but I found this little story to be quite odd and interesting:

You were on your way home when you died.

It was a car accident. Nothing particularly remarkable, but fatal nonetheless. You left behind a wife and two children. It was a painless death. The EMTs tried their best to save you, but to no avail. Your body was so utterly shattered you were better off, trust me.

And that’s when you met me.

“You died,” I said, matter-of-factly. No point in mincing words.

“There was a… a truck and it was skidding…”

“Yup. But don’t feel bad about it. Everyone dies,” I said.

You looked around. There was nothingness. Just you and me. “What is this place?” You asked. “Is this the afterlife?”

“Will they be all right?”

“That’s what I like to see,” I said. “You just died and your main concern is for your family. That’s good stuff right there.”

You looked at me with fascination. To you, I didn’t look like God. I just looked like some man. Or possibly a woman. Some vague authority figure, maybe. More of a grammar school teacher than the almighty.

“Don’t worry,” I said. “They’ll be fine. Your kids will remember you as perfect in every way. They didn’t have time to grow contempt for you. You wife will cry on the outside, but will be secretly relieved. To be fair, your marriage was falling apart. If it’s any consolation, she’ll feel very guilty for feeling relieved.”

“Oh,” you said. “So what happens now? Do I go to heaven or hell or something?”

“Neither,” I said. “You’ll be reincarnated.”

“All religions are right in their own way,” I said. “Walk with me.”

You followed along as we strode through the void. “Where are we going?”

“Nowhere in particular,” I said. “It’s just nice to walk while we talk.”

“So what’s the point, then?” You asked. “When I get reborn, I’ll just be a blank slate, right? A baby. So all my experiences and everything I did in this life won’t matter.”

“Not so!” I said. “You have within you all the knowledge and experiences of all your past lives. You just don’t remember them right now.”

I stopped walking and took you by the shoulders. “Your soul is more magnificent, beautiful, and gigantic than you can possibly imagine. A human mind can only contain a tiny fraction of what you are. It’s like sticking your finger in a glass of water to see if it’s hot or cold. You put a tiny part of yourself into the vessel, and when you bring it back out, you’ve gained all the experiences it had.

“You’ve been in a human for the last 48 years, so you haven’t stretched out yet and felt the rest of your immense consciousness. If we hung out here for long enough, you’d start remembering everything. But there’s no point to doing that between each life.”

“How many times have I been reincarnated, then?”

“Oh lots. Lots and lots. An in to lots of different lives.” I said. “This time around, you’ll be a Chinese peasant girl in 540 AD.”

“Wait, what?” You stammered. “You’re sending me back in time?”

“Well, I guess technically. Time, as you know it, only exists in your universe. Things are different where I come from.”

“Where you come from?” You said.

“Oh sure,” I explained “I come from somewhere. Somewhere else. And there are others like me. I know you’ll want to know what it’s like there, but honestly you wouldn’t understand.”

“Oh,” you said, a little let down. “But wait. If I get reincarnated to other places in time, I could have interacted with myself at some point.”

“Sure. Happens all the time. And with both lives only aware of their own lifespan you don’t even know it’s happening.”

“Seriously?” I asked. “Seriously? You’re asking me for the meaning of life? Isn’t that a little stereotypical?”

I looked you in the eye. “The meaning of life, the reason I made this whole universe, is for you to mature.”

“You mean mankind? You want us to mature?”

“No, just you. I made this whole universe for you. With each new life you grow and mature and become a larger and greater intellect.”

“Just me? What about everyone else?”

You stared blankly at me. “But all the people on earth…”

“All you. Different incarnations of you.”

“Now you’re getting it,” I said, with a congratulatory slap on the back.

“I’m every human being who ever lived?”

“And you’re John Wilkes Booth, too,” I added.

“And you’re the millions he killed.”

“And you’re everyone who followed him.”

You thought for a long time.

“Because someday, you will become like me. Because that’s what you are. You’re one of my kind. You’re my child.”

“No. Not yet. You’re a fetus. You’re still growing. Once you’ve lived every human life throughout all time, you will have grown enough to be born.”

The Borgias on Showtime


Man, cable TV is where it's at. With the exception of few shows (Fringe, The Good Wife), most of the stuff I watch is on cable. The quality of shows like The Walking Dead, Boardwalk Empire and Dexter remains to be seen on broadcast networks. And if you think the new crop of cable dramas that premiered this year were anything to brag about, wait until you see what channels like Showtime, HBO, AMC and TNT have up their sleeves!

Raise Your Glass has broken a lot of airplay records in the past two weeks, and judging by the great new video P!nk just released for it, I wouldn't be surprised if it broke a few more. While the visual is typical P!nk (as is the song), it sounds fresh and is insanely catchy to boot. The video was directed by her long time collaborator Dave Meyers and the song was produced by Max Martin. I'm completely in love with the song and video. It's actually my alarm clock's wake up ringer. Yeah.

Pink's great hits album will be available on November 16th. Look out for the second single, F*cking Perfect; it's f*cking great.

Runaway is the third single off of Kanye West's upcoming fifth album, My Beautiful Dark Twisted Fantasy which will be released on November 22nd. 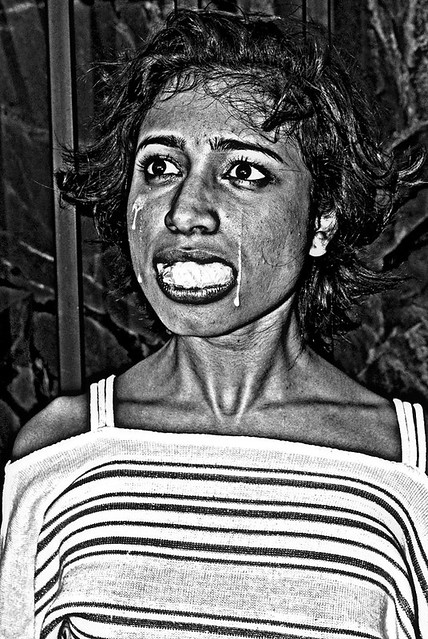 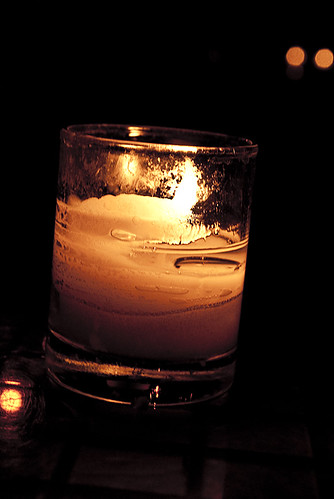 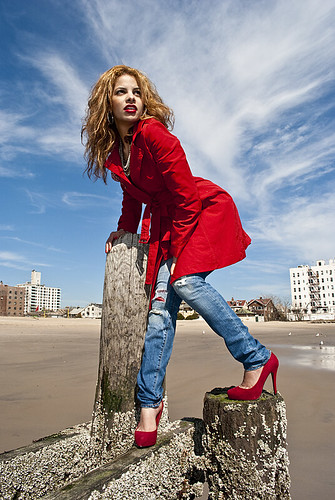 I cannot wait for this show to return. I can't believe this is the final season. I'm confident the writers will find a way to effectively wrap up what has become one of my favorite TV shows of all time. There, I said it.